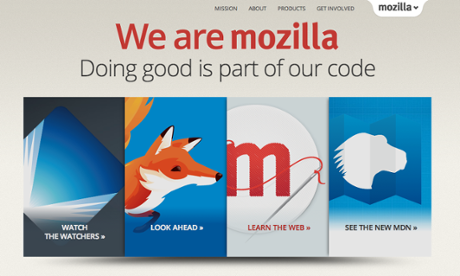 Mozilla is a not-for-profit social enterprise with a mission to free its users – so it’s not unreasonable to hold it to a higher standard than commercial rivals. Photograph: Mozilla

The purpose is to support commercial video streams. But this is a radical, disheartening development in the history of the organisation, long held out as a beacon for the open, free spirit of the web as a tool for liberation.