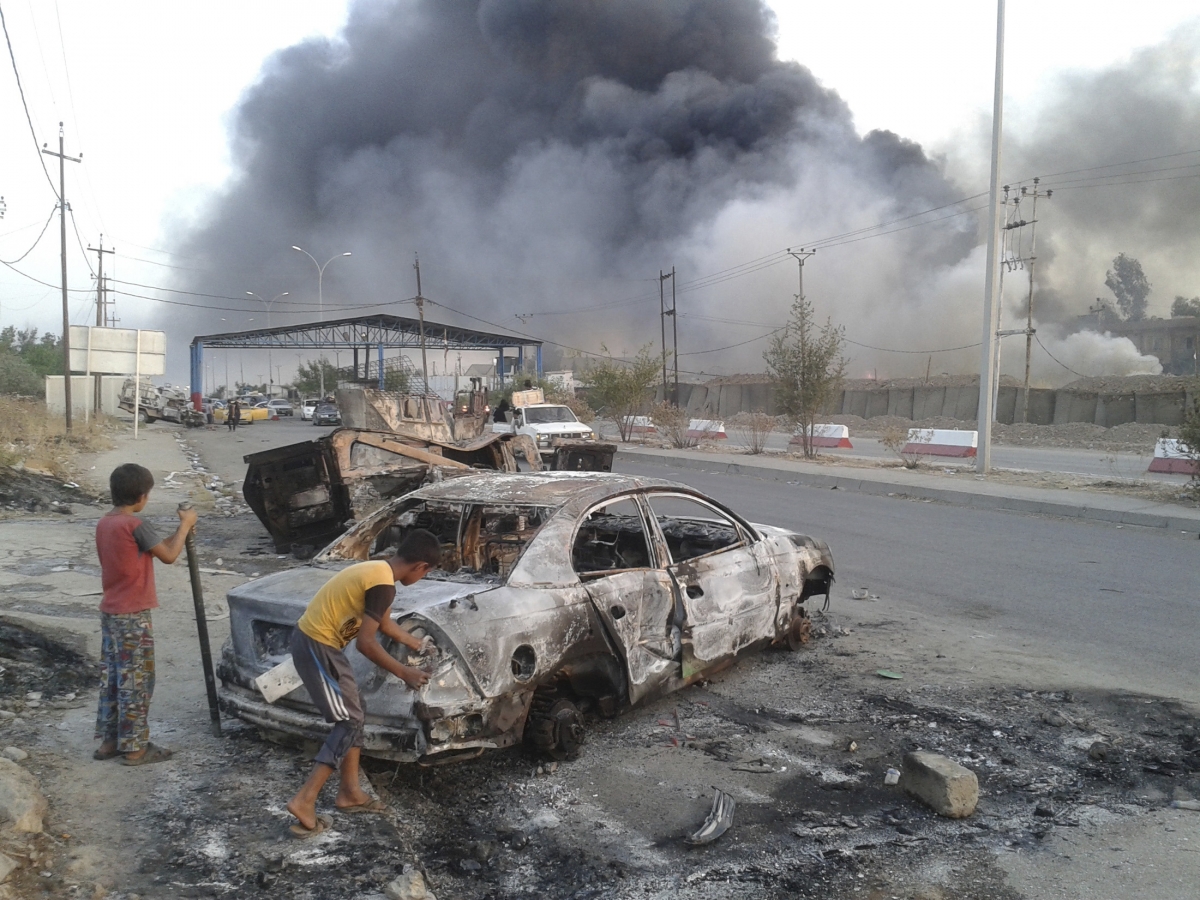 Civilian children stand next to a burnt vehicle during clashes between Iraqi security forces and al Qaeda-linked Islamic State in Iraq and the Levant (Isis) in the northern Iraq city of Mosul.Reuters

The Islamic State of Iraq and al-Shams (Isis) has become the richest terror group ever after looting 500 billion Iraqi dinars – the equivalent of $429m (£256m) – from Mosul’s central bank, according to the regional governor.

Nineveh governor Atheel al-Nujaifi confirmed Kurdish televison reports that Isis militants had stolen millions from numerous banks across Mosul. A large quantity of gold bullion is also believed to have been stolen.

Following the siege of the country’s second city, the bounty collected by the group has left it richer than al-Qaeda itself and as wealthy as small nations such as Tonga, Kiribati, the Marshall Islands and the Falkland Islands.

Northern province falls to ISIL fighters, who are said to have released up to 1,400 prisoners from Mosul city’s jails. Armed fighters believed to be part of the Islamic State in Iraq and the Levant (ISIL) have seized the northern Iraqi province of Nineveh and freed hundreds of prisoners, government officials say.

„The city of Mosul is outside the control of the state and at the mercy of the militants,“ an Interior Ministry official told the AFP news agency, making it the second city to fall to anti-government forces this year.