• Top agency officials discussed how to fend off Foia inquiries 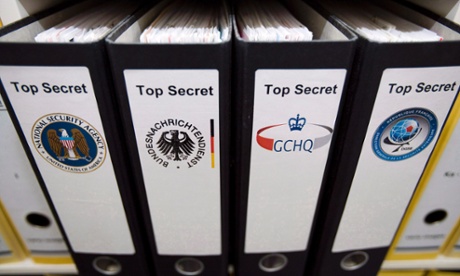 Internal communications the NSA turned over to the Guardian are heavily redacted and are marked ‚top secret‘ or ’secret‘. Photograph: Ulrich Baumgarten/Getty

National Security Agency officials wrestled for weeks with how to respond to an unprecedented surge in open records requests from members of the public in the wake of the first mass surveillance revelations from Edward Snowden almost a year ago.

Newly released NSA emails, obtained by the Guardian under a Freedom of Information Act (Foia) request filed last November, reveal that top officials discussed how to fend off journalists, advocacy groups and individuals who flooded the agency with more than 1,000 requests between 5 June and 25 June last year for classified data related to the former contractor’s disclosures.