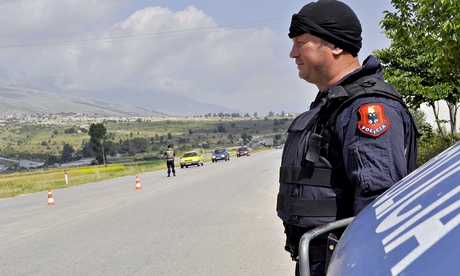 The Albanian police force patrols Lazarat. Gangs there are believed to produce about 900 metric tonnes of cannabis a year. Photograph: AP

Gunfire rang out on Tuesday from a lawless village in southern Albania as hundreds more police arrived to battle well-armed cannabis growers who were trying to thwart a government crackdown.

Over the past few weeks, Albanian authorities have launched a nationwide operation to uproot the cannabis plantations.

Special forces police officers took up positions Tuesday around the village, taking cover from the gunfire but holding back from entering Lazarat.