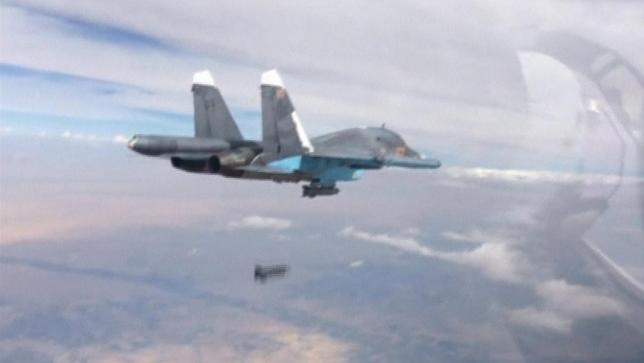 A frame grab taken from footage released by Russia’s Defence Ministry October 9, 2015, shows a Russian Su-34 fighter-bomber dropping a bomb in the air over Syria. REUTERS/MINISTRY OF DEFENCE OF THE RUSSIAN FEDERATION/HANDOUT VIA REUTERS

Turkey has warned the United States and Russia it will not tolerate Kurdish territorial gains by Kurdish militia close to its frontiers in north-western Syria, two senior officials said.

„The PYD has been getting closer with both the United States and Russia of late. We view the PYD as a terrorist group and we want all countries to consider the consequences of their cooperation,“ one of the Turkish officials said.