Berlin’s gentrification and zombification is in full swing. We would rather destroy our street art than let it contribute to that process 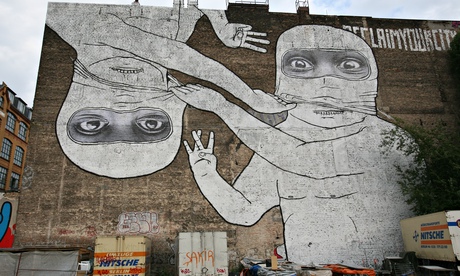 One of the two murals in Kreuzberg by Italian artist Blu. Photograph: Lutz Henke

Last week, from late Thursday night to early Friday morning, I and several others painted over two murals by Italian artist Blu in Kreuzberg, often referred to as Berlin’s most iconic street art. Since then, the German capital has been full of speculation as to who did this and why. Many assumed that property developers had killed off their beloved mural, and few realised that the people behind it were the ones who created it in the first place. So we have decided to tell our side of the story.