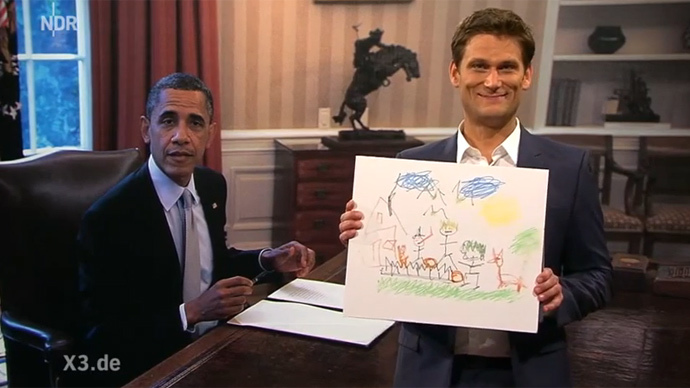 The host of Extra 3, the comedy show, got the program going with a few pieces of ‚evidence‘: a US-photographed satellite image that supposedly depicts Russian complicity in cross-border fire with Ukraine, then a picture that appeared to be drawn by a child with color crayons.

Christian Ehring pulled no punches when sharing his frank belief that the coverage of the Ukrainian crisis by the Western media has been full of holes since its start in February.