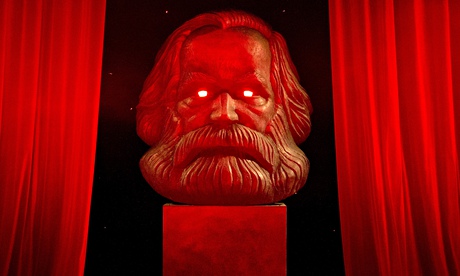 Seeing red … a sculpture of Karl Marx, during a rehearsal of Comeback! The Karl Marx Musical in Plauen, eastern Germany. Photograph: Jens Meyer/AP

One has to wonder what Karl Marx would make of news from Abebooks that it has scored a coup with the sale of a volume of Das Kapital for $40,000, its second-highest cyber-trade of the year so far.