To credibly demand change from the Americans, Merkel’s government must come clean about its own mass surveillance 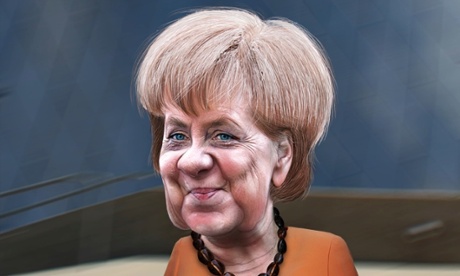 We are a good customers of the Americans,‘ the head of Germany’s domestic intelligence agency said this weekend. That’s not how jealous lovers are supposed to talk. Photograph: DonkeyHotey / Flickr via Creative Commons

The German-American relationship has long been like a bad, never-ending break-up. Germany, especially under the conservative leadership of Chancellor Angela Merkel, saw the love of its life – intimate, trustworthy, for better or for worse, with no secrets but plenty of denial. The US was always a more sober and suspicious lover – in it for the affair, whenever it had the free time.

Now that a German intelligence official has been arrested under suspicion of passing secret information back to America – potentially concerning an NSA investigation, and reportedly under direction by the CIA – finally the Merkel government is admitting that the long honeymoon is over. Tap my cellphone, shame on you; fool me with a double agent, shame on an ignorant nation.