The Iraqi rebel group could now have up to $2.38bn in cash and assets to spend after a series of victories in the north of the country. We look at how far that money could go 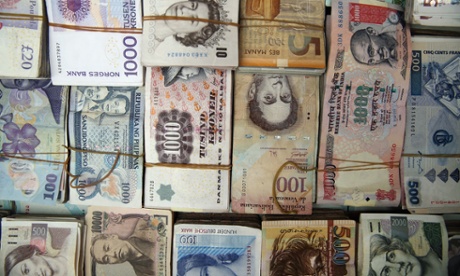 Currency being exchanged in the Qaysari Market on June 15, 2014 in Erbil, Iraq. The military group Isis, which now controls the city of Mosul, could have acquired over $2bn in cash and assets. Photograph: Dan Kitwood/Getty Images

A series of documents discovered after an arrest has helped expose the finances of the Iraqi insurgent group Isis (the Islamic state in Iraq and the Levant), which seized control of the cities of Mosul and Tikrit last week.

[…] Any number in the billions obviously seems a lot, so we took a detailed look at how that compares with other military spending.