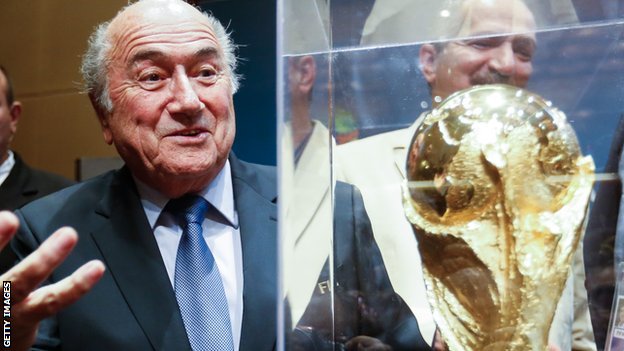 Qatar was chosen as host in December 2010 but corruption claims have prompted Fifa to begin an inquiry.

„There is a sort of storm against Fifa relating to the Qatar World Cup,“ Blatter said. „Sadly there’s a great deal of discrimination and racism.“

Fifa will rule on the validity of the bidding for the 2018 and 2022 World Cups in September or October.

At that point, the 78-year-old president of football’s world governing body said the „matter will be closed“.