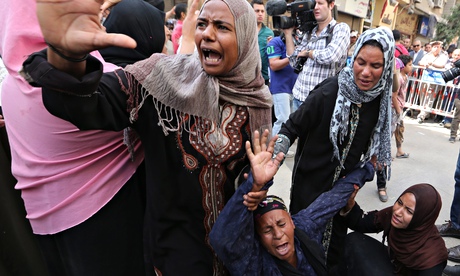 Relatives of some of the accused outside the court where the death sentences were passed. Photograph: Khaled Elfiqi/EPA

The judge who sentenced to death more than 720 alleged rioters on a single day in Egypt in April has justified his decision on the grounds that some of the accused were „demons“ adherent to Jewish scripture. […]

According to several local newspapers, Youssef then described the men as „enemies of the nation“ who used mosques to promote „the commandments of their holy book, the Talmud„.