Church of Nativity suffers small blaze hours after pontiff pays respects at shrine, believed to be birthplace of Jesus Christ 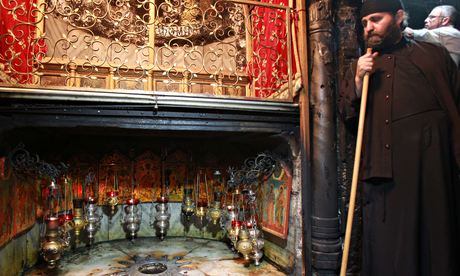 A priest prepares to clean the grotto at the Church of the Nativity in Bethlehem after a small fire. Photograph: Musa al-Shaer/AFP/Getty Images

A fire broke out in Bethlehem’s Church of the Nativity on Tuesday, just hours after Pope Francis wrapped up a three-day Middle East pilgrimage during which he visited the shrine. […]

In a separate development, police were investigating an arson attempt on Tuesday, at Jerusalem’s Church of the Dormition which occurred shortly after the pope finished celebrating mass in the nearby upper room.