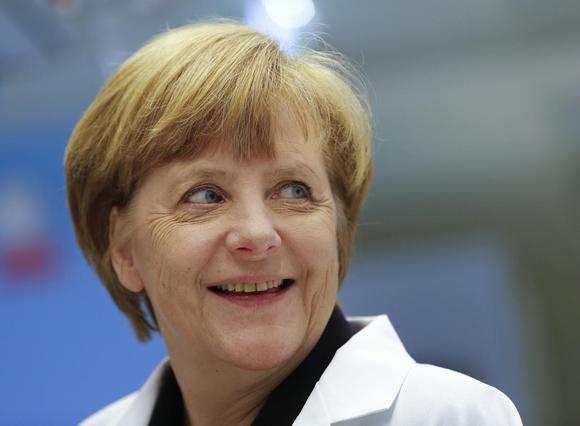 German Chancellor Angela Merkel smiles during her visit at a factory of Swiss pharmaceutical company Roche in Penzberg May 5, 2014. CREDIT: REUTERS/MICHAEL DALDER

Speaking at the American Chamber of Commerce, Merkel said there were unjustified fears in Germany about the pact that some say could boost the economies of the European Union and United States by $100 billion a year each.

„It is one of the most cost-effective growth stimulators that anyone can imagine,“ Merkel said of the TTIP. She called it a great project, well worth fighting for, and said she hoped it could be completed by 2015.