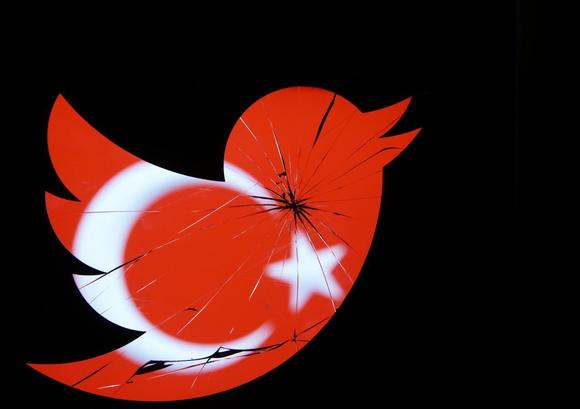 A Turkish national flag is seen through a broken Twitter logo in this photo illustration taken in Zenica, March 21, 2014. CREDIT: REUTERS/DADO RUVIC

„Twitter will set up a live customer support service soon. This is a very positive step for us, because it will evaluate complaints very quickly in cases like breaching privacy rights,“ a Turkish official told Reuters.

„In some cases even a court order will not be required,“ said the same official, adding that significant progress had been made during the Dublin negotiations. No one from Twitter was immediately available to comment.