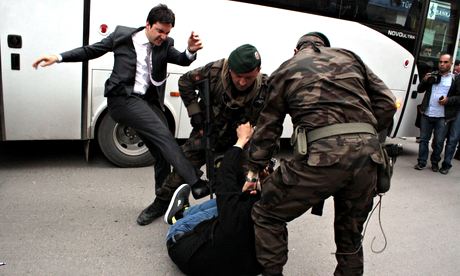 The government has defended Yusuf Yerkel’s actions, saying that he was attacked and acted in self-defence. Photograph: Depo Photos/EPA

[…] Yerkel has reportedly been granted sick leave for a week. A medical report issued at an Ankara hospital testifies to „sensitivity with leg and arm movements and difficulty with walking,“ according to the newspaper Hürriyet. Yerkel reportedly told doctors that he had fallen.