Henning Conle, who has reputation for shabby buildings and disgruntled tenants in Germany, has snapped up almost £2bn of prime London real estate 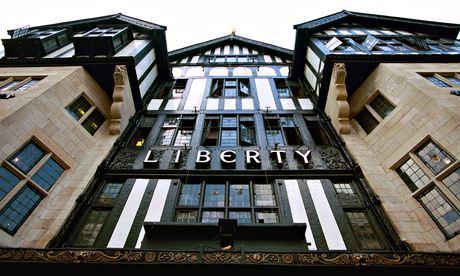 Liberty department store, one of the best-known mock-Tudor buildings in Britain, is one of the pieces of prime real estate in London now in Henning Conle’s portfolio. Photograph: Sarah Lee for the Guardian

A German landlord with a reputation for shabby buildings and disgruntled tenants has emerged as one of the biggest investors in London property in recent years.

Henning Conle, 70, has snapped up almost £2bn of prime real estate, including a series of historic buildings in central London, raising inevitable questions about where he got his money from. […]

In Hamburg, where at one point in the 1990s he owned up to 2,500 flats, newspapers used to call him „the phantom“, because of his apparent lack of interest in looking after the properties he owned.