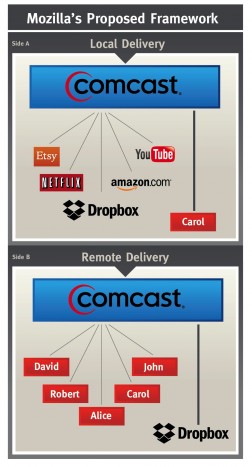 One of the biggest obstacles to overcome is authority, and how to get past limitations put into law several years ago. Our petition tackles this challenge head-on:

Categorizing remote delivery services as telecommunications services is consistent with the guidelines set by both Congress and the DC Circuit Court of Appeals, and would give the FCC ample ability to adopt and enforce meaningful net neutrality. With clear authority and effective rules, ISPs would be prevented from blocking or discriminating against any edge provider, whether on a wireline or wireless network.