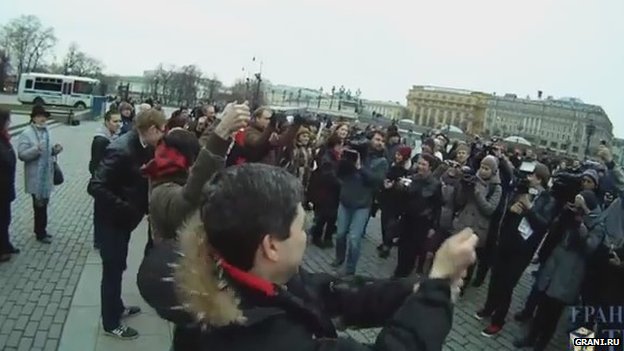 Six activists have been detained near the Kremlin in Moscow for holding „invisible posters“ and calling for the release of other protesters detained earlier, it appears.

The group was detained on Sunday in Manezhnaya Square and were holding out their hands as if they were carrying invisible signs, the Grani.ru news website reports.

„Our invisible posters read: Free the 6 May prisoners!“ one protester says in a video. „Because a man was detained earlier holding a poster you could see, we are now holding invisible posters.“ But the woman is taken away by police and she can be heard saying „You are breaking the law!“ as she is dragged away.