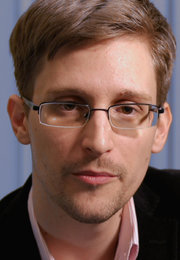 WASHINGTON — Intelligence officials investigating how Edward J. Snowden gained access to a huge trove of the country’s most highly classified documents say they have determined that he used inexpensive and widely available software to ’scrape‘ the National Security Agency’s networks, and kept at it even after he was briefly challenged by agency officials.

Using ‚web crawler‘ software designed to search, index and back up a website, Mr. Snowden ’scraped data out of our systems‘ while he went about his day job, according to a senior intelligence official. ‚We do not believe this was an individual sitting at a machine and downloading this much material in sequence,‘ the official said. The process, he added, was ‚quite automated.‘