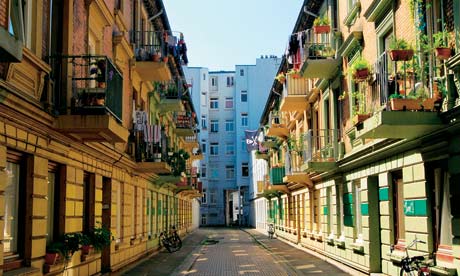 What’s going for it? Those Beatles were on to something, you know, with their pre-fame escape to the fleshpots of Hamburg. Fifty years on, modern-day beatniks are all Berlin, Berlin, Berlin. Boring! The truly adventurous should spurn the obvious for Germany’s second city. […] This was the hotbed of radicals in the 1970s and 1980s, and it still hums with alternative living. Only there’s better coffee. That’s progress. It’s still seedy, and you may have to bob and weave around the stag parties, but tucked among the porn are artists‘ studios in old slaughterhouses, experimental theatre companies and, call me a capitalist, some great, and often odd, shops. […]

The case against Ooh, when the wind whistles in from the North Sea: Hamburg in January – nippy. A few too many advertising agencies. For the hardcore beatniks among you, the area may have already „gone“.