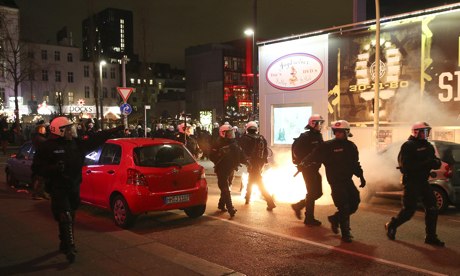 Police on the Reeperbahn during a demonstration last month. Photograph: Malte Christians/dpa/Corbis

Hamburg’s reputation as a liberal city where police, punks and prostitutes happily co-exist has taken a heavy knock after a succession of violent clashes resulted in police taking the unprecedented step of declaring a large area around the Reeperbahn a „danger zone“.