Prior to that, along with other former ANC leaders, Mr Mandela was only able to visit the US with special permission from the secretary of state, because the ANC had been designated a terrorist organisation by South Africa’s former apartheid government. 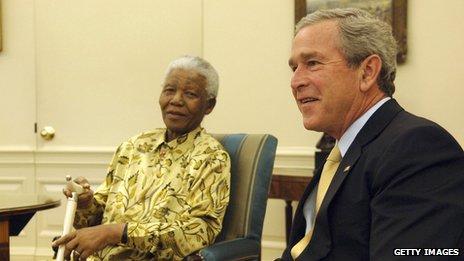 Mr Mandela needed special permission to enter the US until 2008

[…] Ronald Reagan originally placed the ANC on the list in the 1980s.